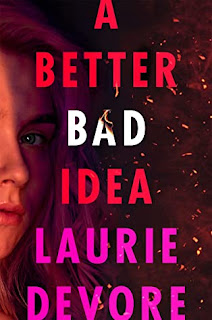 Laurie Devore is stopping by the blog today to talk about her new book from Imprint, A Better Bad Idea, which is out now! This mystery/thriller/romance fusion is Laurie's third book, and it's a new twist on her usual contemporary YA stories. For this guest post, Laurie talks about crafting morally gray characters that your readers will still feel attached to and cheer on. Here's her best writing tips:

I’ve always been fascinated by the idea of what people will do when they’re pushed to their brink. While my new novel, A BETTER BAD IDEA, may seem like a departure in some ways from my previous novels, I actually think their DNA is quite similar. The stakes are higher, but as ever, this book is about girls making unimaginable choices because of their circumstances, whether self-inflicted or not.

I’m constantly thinking about what it means to write morally gray characters, and I think the main takeaway from me is that I’m just much more interested in what people do and why they do it than whether they’re “good” or “bad” people.  Here are some of the things I keep in mind when writing morally gray characters:

I hope this helps to add some color to my writing process. There are so many different type of people in the world and I love when my morally gray characters get to shine. And I think if you read A BETTER BAD IDEA, you’ll see so much of the above in Evelyn and Reid.

more about A Better Bad Idea:

Laurie Devore’s new YA novel is a searing look at a forgotten girl who has no good choices left, but one better bad idea...

Evelyn Peters is desperate. Desperate for a way out of McNair Falls, the dying southern town that’s held her captive since the day she was born. Desperate to protect her little sister from her mother’s terrifying and abusive boyfriend. And desperate to connect with anyone, even fallen golden boy Ashton Harper, longtime boyfriend of the girl Evelyn can never stop thinking about ― beautiful, volatile, tragically dead Reid Brewer.

Until a single night sends Evelyn and Ashton on a collision course that starts something neither of them can stop. With one struck match, their whole world goes up in flames. The only thing left to do is run―but leaving McNair Falls isn’t as easy as just putting distance between here and there and some secrets refuse to stay left behind.

A reckoning is coming… and not everyone is getting out alive.

Grab a copy of the book! 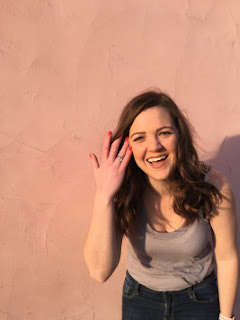 Laurie Devore was born and raised in small town South Carolina and graduated from Clemson University. After four years in the balmy Midwest, she returned to her home in the south, where she now lives and works in Charleston. In her spare time, she reluctantly runs marathons, watches too much TV,  and works a “y’all” into every conversation. She is the author of Winner Take All and How to Break a Boy.
And Turn The Pages Tours is hosting a giveaway for this title! Here's the information so you can partake in their giveaway:

Up for grabs, we have ONE (1) physical copy of A Better Bad Idea by Laurie Devore. This giveaway will run from March 15th to March 22nd at 12:00 AM CST and is open to US residents only.

More by the Author: