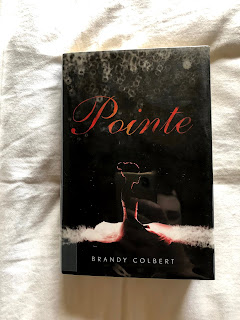 Pointe  by Brandy Colbert TW:  Abuse, Eating Disorder, Kidnapping Overview: Theo is a ballet dancer. She's going to go pro because she's that good. She is also a girl whose best friend disappeared 4 years ago. Until he reappears after being found in Vegas. Donovan's return is a relief, but, when his kidnapper is revealed, Theo recognizes his face. It's her much older boyfriend from when she was 13. She realizes that he wasn't who he claimed to be at all. While everyone worries about what kind of abuse Donovan might have endured as he remains silent, Theo starts to realize the relationship she had with "Trent", who is now known as Charlie, really have been abuse, even though she spent all that time thinking she loved him. Overall: 5  Characters: 5 Theo is an amazing character. She's so strong, both inside and out, and she's dealing with a lot of pressure. Even 4 years later, she's still coping with PTSD like symptoms from her time with Ch
Post a Comment
Read more 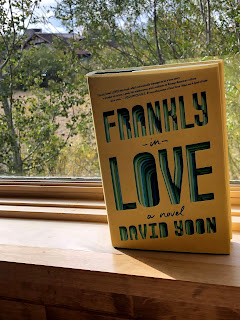 Frankly In Love  by David Yoon  Overview: You might think Frankly in Love  is a fake dating story. It is not. Yes, there is some fake dating, but it's not the point. Frankly in Love  is a family story. It's about cultures and cultures clashing. It's about generational gaps and language barriers. It's about customs and expectations and figuring out which ones are really important. Frank is trying to figure out what it means to be Korean-American. He's trying to figure out what it means that his parents barely say, "I love you." He's trying to figure out how his sister was cut out of the family for marrying a black man. He's working out what it means to face losing someone you love. Overall: 4  Characters: 4 I liked all of the characters. There's time taken to flesh all of them out. From Q who is black and lives in a super accepting family to Frank's parents who are racist towards everyone who's not Korean to Brit and her white fami
Post a Comment
Read more
More posts