Spotlight Review: So Glad To Meet You 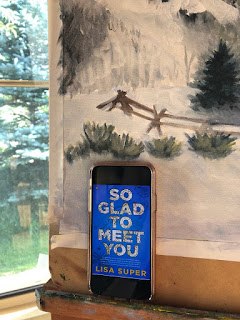 So Glad To Meet You  by Lisa Super (July 31) Overview: When Daphne finds her dead older sister's bucket list under a floor board, she knows what she has to do. She tracks down her sister's boyfriend's younger brother, Oliver. After their siblings died together, she thinks that it's only right they complete their bucket list together the best they can. Overall: 3.5 Characters: 4 I enjoyed Daphne and Oliver. They both seem like genuine people trying to figure out what's right and what happened to their families with the death of their sister and brother. Though they're both in tough situations, it's nice to see them take comfort in one another. Plot: 3 The plot was interesting while I was reading it. They set out to complete a modified version of the ten item list but slowly grow closer as they do. Though their journey isn't without a fair amount of speed bumps. Unfortunately, the book lacks the sense of urgency I needed to feel compelled to get all
Post a Comment
Read more

Spotlight Review: How We Learned To Lie 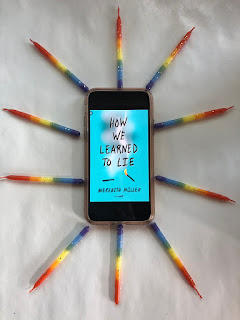 How We Learned To Lie  by Meredith Miller (July 31) Overview: Joan and Daisy were always best friends. Until, one day, they started drifting, their relationship troubled by new lies springing up. Joan wants to know how the world works, and she uses biology to try to tether herself. Daisy just wants a normal life with a normal family. In a creepy, ominous story, we learn how the lives of Joan and Daisy unfold. Overall: 3.5 Characters: 4 I thought that Joan and Daisy were both interesting. They have difficult lives and family situations. Daisy has to deal with his mother's drug use and his brother's sketchy activity. Joan's mother has informally abandoned the family to run a theater in New York. For the most part, the characters are well fleshed out, but the way their alternating chapters are written, even though they are first person, they feel removed from the characters. Plot: 3  While there's a constant teaser of drama that's about to happen, 25% of the way
Post a Comment
Read more

The History of Jane Doe 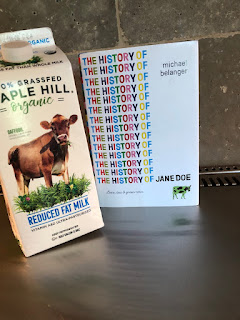 The History of Jane Doe  by Micheal Belanger (2018) Overview: Ray knows the entire history of his hometown, Burgerville, Connecticut. He also knows lots of different tidbits about the world as well. But, for his first written account of history, the story must center on loss, why, and fleeting moments of happiness. He has to tell the story of his first girlfriend, hidden by the anonymity of the name Jane Doe. Told in Before and After chapters, Ray explores the highs and lows he had in his fleeting relationship with Jane and his recovery from crushing loss. Overall: 4.5 Characters: 5 Jane is coping with clinical depression that probably stems from a combination of family history and past trauma. She goes between trying to hide her scars and struggles and exposing them, tiny piece by piece to the people she loves. Ray is fascinated by Jane and the way she looks at the world and the town he's lived in all his life with fresh eyes. His friend, Simon, is dorky and not quite all t
Post a Comment
Read more
More posts