A Quiet Kind of Thunder 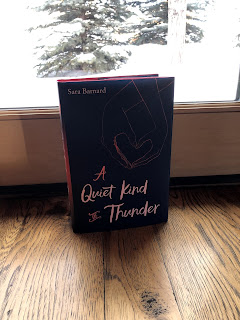 A Quiet Kind of Thunder  by Sara Barnard (390 pages) Overview: Steffi has struggled with selective mutism for almost as long as she can remember. It stems from her extreme social anxiety which she's recently started medication to combat. She has to prove to her parents this year that she can handle herself well enough to go to University and send in applications the following year. Then she meets Rhys on her first day at school without her best friend, Tem. Rhys is deaf and since Steffi knows BSL (British Sign Language), they make the perfect match. As they get to know each other better, Steffi starts to test the boundaries that she and her world have made. Overall: 4.5 Characters: 5 Steffi and Rhys are awesome. They have their conflicts and miscommunications, but they really are united by a language that not many around them share, and they use that to grow. Their honesty in the way they care for one another is refreshing. Though they both have complications with their respe
Post a Comment
Read more

The Field Guide To The North American Teenager 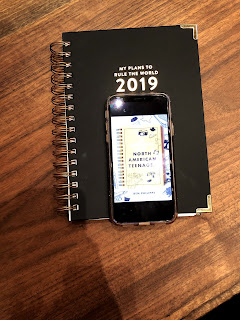 The Field Guide To The North American Teenager  by Ben Philippe (January 8) Overview: Quebec to Austin is a major move when you want to be making it; it's life ending when you're being drug along. Or, at least, that's how Norris feels. He's black and French Canadian, so he feels even more out of place. From what he can tell, no one likes hockey, and they don't love his particular brand of defensive sarcasm with a sting. As he takes on American High School, he experiences all the cliches he's familiar with from movies, and he uses the journal, given to him by his guidance councilor, to make notes on how the stereotypes stack up in real life. Even if he can get past his jaded outlook and find a community in Austin, the heat might still kill him. Overall: 4.5 Characters: 5 The character building is super strong. Norris is the most sarcastic person to grace the Earth, which is more times than not interpreted as rude. It's a good mask for his insecurity, ev
Post a Comment
Read more

The Summer of Jordi Perez 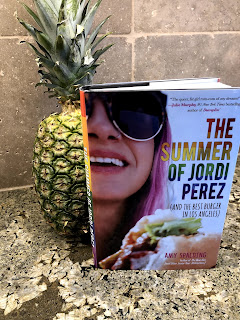 The Summer of Jordi Perez  by Amy Spalding (275 pages) Overview: Abbey's summer has a lot of missions. She wants to rock her internship at a local boutique that features plus sized clothes and hopefully turn it into a part time job in the fall, she wants to have an epic summer with her best friend, and she wants to find the best burger in LA with her friend Jax. She never thought that the summer would also include falling for her coworker Jordi who she barely ever noticed at school, but, suddenly, Jordi Perez becomes her summer. Overall: 4.5  Characters: 4 Abbey is awesome. She's confident, bold, cute, and also honest. She runs a plus sized fashion blog and knows her stuff. She also talks a lot about loving her body, but having heard her mom talk about "if only she were skinnier" for so long, she has lingering doubts about if others could see her as beautiful as she is. Abbey's other problem is that she's obsessed with the idea that she's just the si
Post a Comment
Read more
More posts