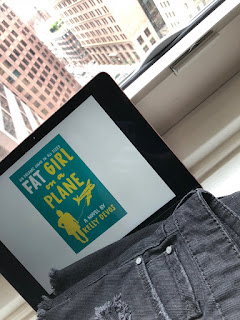 Fat Girl on a Plane  by Kelly deVos (June 5) Overview: Cookie Vonne loves fashion. She wants a spot at Parsons School of Design and a clothing line to make plus sized girls, like her, feel included in fashion. Told both during her senior year of high school and her freshman year of college, we watch Cookie come into her own and confront the realities of adulthood simultaneously. We also get to see Cookie's life before and after the dramatic weight loss that made her identical to her super model mother. Throughout the novel, deVos proves that sometimes what we think will fix our lives is just one step on a journey. Overall: 4 Characters: 4 I love Cookie and her grandmother, who has cared for Cookie since she was little. They both come off as genuinely good people even when stuck in situations that aren't ideal. The family dynamics came to life for me as deVos juggled Cookie's absent, missionary-doctor father, thoughtless mega-star mother, and ruthless ex-football player
Post a Comment
Read more 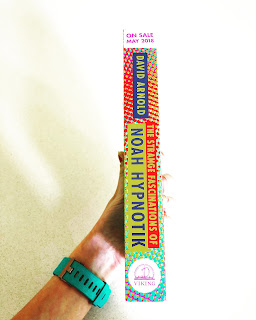 The Strange Fascinations of Noah Hypnotik  by David Arnold (411 pages) Overview: There are many things that interest Noah that other people wouldn't give a second thought about. The old man with the goiter Noah sees on his way to school every day. The forty year time progression of aging- The Fading Girl Video. Famed and mysterious author Mila Henry. Pontious Pilot, the failed and forgetful musician from the school assembly. These are also among the only things that remain unchanged in Noah's life after the Longmire party- after Noah got hypnotized. With everything in his life subtly, yet unmistakably, wrong,  Noah must patch together the meaning behind the things that have stayed the same if he ever wants to right his world. Overall: 5  Characters: 5 Noah is probably one of the few characters I could tolerate through 411 pages of very close first person. From the moment I picked up the book I was fascinated by this sixteen year old boy, from his obsession with cleanlines
Post a Comment
Read more

The Story of a Girl 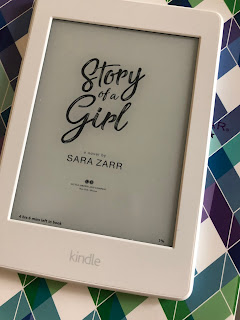 The Story of a Girl  by Sara Zarr (224 pages) Overview: Deanne's life was never the same after her father caught her and junior boy, Tommy, in the back of Tommy's Buick when she was thirteen. Labeled the school slut by Tommy's distorted stories, Deanne has hated school and the whole town of Pacifica ever since. At home, her father never forgave her, her mother tries her best with their tiny income, and her brother, Darren, lives in the basement with his girlfriend, Stacy, and his daughter, April. Though Deanne dreams of moving out of her parent's house with Darren and Stacy when she saves up enough money from her job at the pizza place, she's not sure if she can make it happen. Overall: 3 Characters: 3 I liked Deanne as a narrator. I found her story compelling and special, even though she could have used a bit more development. Her friends, Jason and Lee, also lacked a certain dimension. Where the characters excel are in Deanne's troubled family who is vib
Post a Comment
Read more
More posts