Hope and Other Punchlines Review 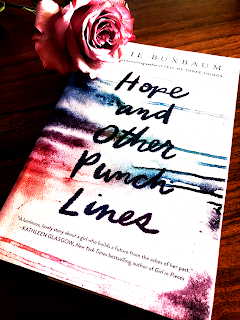 Hope and Other Punchlines  by Julie Buxbaum  Overview: Baby Hope became an iconic image in the wake of 9/11. The baby in that photo is actually named Abbi Hope Goldstein, and it was her first birthday that day. She's been profiled in People magazine every year since. People randomly hug her in the grocery store. When she finds herself mysteriously coughing up blood, she decides to sign up for a summer as a camp councilor in a neighboring town. She's hopeful she can have a summer of fun, free of being "Baby Hope" before she has to confront what she fears are the signs of a serious health problem. Overall: 4 Characters: 4 Abbi is at a weird cross roads in her life. Everything is changing. Over the course of the school year, her former best friend moved on, she's worried about the blood she's coughing up, but she doesn't want to bother her mom, who's dealing with her grandmother moving in. Abbi deals with the struggle between seeming completely ordi
Post a Comment
Read more 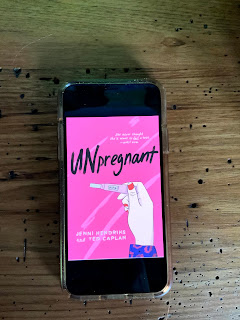 Unpregnant  by Jenni Hendriks and Ted Caplan Overview: Veronica is headed to Brown, she's valedictorian. High school is basically over for her, but the two lines on the pregnancy test ring a whole new kind of problem. As she makes the earth shattering discovery, her ex-best friend Bailey is in the bathroom too. When Veronica realizes that she'll have to travel thousands of miles to get an abortion, Bailey and Veronica embark on an epic road trip to safeguard Veronica's future. Overall: 3.5 Characters: 3.5 All the characters are nice enough, but they're not very developed or extended beyond their basic stereotypes. Veronica is the perfect Christian girl with a wonderful future ahead of her that winds up in a bad situation. Bailey is the dumped best friend who's "scary" and has tons of rumors swirling about her. Veronica comes to realize that keeping up appearances isn't everything and Bailey gets a friend (I guess?). Then there's Kevin who ap
Post a Comment
Read more
More posts