Larger Than Life: A History of Boy Bands From NKOTB to BTS Book Review 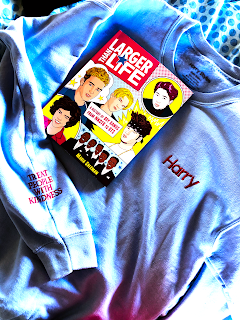 Larger Than Life  by Maria Sherman Get a Copy! Overall:  5 I don't think I've ever anticipated a book longer than Larger Than Life . I'd heard Maria on a couple music criticism podcasts whenever they'd launched into the confusing world of the boy band, and she always mentioned the book would be coming soon. Well, it's finally out, and it makes me incredibly happy. As I already knew, Maria is a boy band expert as well as a true fan. Her joy and enthusiasm really does make the book. I also love that boy bands are finally getting their full and comprehensive due. I wouldn't say that I'm particularly a boy band fan (outside of the Jonas Brothers and One Direction (though I guess those are just the boy bands of my generation so many I am)), but I find how they're looked at culturally to be fascinating. Boy bands tie back to feminism and how society constructs their views around things liked by teens/girls/women/LGBTQIA people. Maria doesn't shy away
Post a Comment
Read more 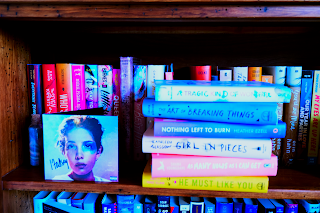 It's time for another Music Meets YA post, this time featuring one of my all time favorite artists, Halsey and her latest album Manic. Halsey is an incredible artist whose lyrics are always so honest, vulnerable and relatable, especially on Manic. She also puts on an incredible live show. I wanted to spotlight the album and some lovely books that came to mind when I thought of the songs. I love writing these music mash up posts so much, and I'm glad that you've been so receptive to them. If any of these books looks irresistible or you want to find out more, I've linked my review in the title and added buy links to my affiliate Bookshop. This just means that I might get a small commission at no cost to you to help support the blog if you choose to get your copy from there. Also, it's worth noting that Halsey has her own book coming out in November that I can't wait for! It's a poetry book brilliantly titled I Would Leave Me If I Could . From the bits and p
Post a Comment
Read more

More Than Just a Pretty Face YA Book Review 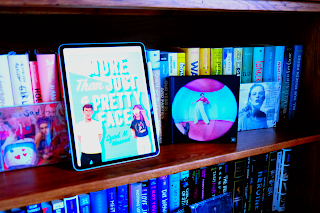 More Than Just a Pretty Face  by Syed M. Masood Get a Copy! Overview: Danyal just wants to cook. He feels at home and at peace in the kitchen. He dreams of owning his own restaurant one day. Luckily, he has the talent to back up his passion. Unfortunately, his father doesn't approve of his chosen profession and neither does his crush's parents. As his parents try to match him with other prospects for marriage, Danyal enters the Renaissance Man competition at school to try to prove to everyone that he's smarter than they think. One of his matches, Bisma, ends up helping him prepare. Even though they didn't click at first, the more time he spends with Bisma, the clearer his future becomes. Overall: 5 Characters: 5 All the characters in this book pop and have distinct voices of their own. From teachers and mentors to his parents and friends, Danyal's world is full and creatively built. He has a complete network to compliment his character growth. Danyal has bee
Post a Comment
Read more
More posts