Taylor Swift and the "ME!" Era 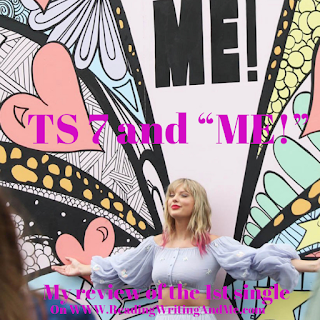 So you know the famous line from the first single off of Taylor Swift's last album, Reputation? "I'm sorry, the old Taylor can't come to the phone right now. Why? Oh, cause she's dead." Yes, "Look What You Made Me Do" was jarring. It was a Taylor no one had ever heard before. The anger that simmered quietly behind a fair number of her songs was allowed to take the lead, but that line wasn't true. The old Taylor was very much still there, just an older version tired of all the media attention. Tired of having every angle of her life run over with a magnifying glass. That became even more clear when the video dropped. It made me feel okay about the future of Taylor again. It was self deprecating, honest, and entirely self aware. "Look What You Made Me Do", while not necessarily a bop, was a statement. And I loved the darker, new angle that the album carried. It fulfilled the promise Taylor made in the 1989 era. Yes, it's pop, but i
Post a Comment
Read more

With The Fire On High 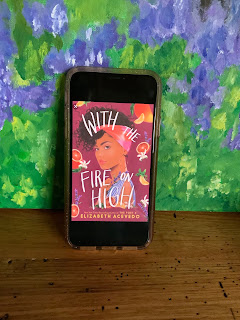 With The Fire On High  by Elizabeth Acevedo (May 7) To Purchase From Your Local Bookstore* Overview: Emoni Santiago has a lot on her plate. She has to help her grandmother around the house, get through senior year of high school, work, and care for her two year old daughter. She has dreams about being an executive chef, but that idea feels so far away sometimes. Even though she feels a bit mixed up inside, making food and putting her own spin on it gives her a much needed release. Overall: 4 Characters: 4 I loved the characters in this book and the family dynamics! Emoni has a complicated relationship with her family and others around her because of her life experiences. Her mother died during labor, so she's never known her. Her father dropped her off with her Abuela and fled back to Puerto Rico to find himself. With weekly phone calls and sporadic visits, Emoni is unsure how to feel about her father. Her grandmother, though, has always more than made up for the gaps in her
Post a Comment
Read more 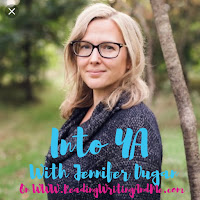 I don't think I've seen a more anticipated book for this spring than Hot Dog Girl . With it's super cute amusement park setting and a love triangle, it's easy to see why people are so excited for April 30th to finally come. If you haven't heard about the book or want to learn more, check out my review here , and if you haven't preordered, you can do it here* .  I hope you enjoy my interview with Jennifer! Let me know what you think in the comments below. 1. The thing that struck me most about your book was how clear Elouise shines through. Her grammar, syntax, and diction are so specific and consistent throughout, and it makes it easy to connect with her optimistically scattered personality. Did you do anything to get in touch with her voice, or did it just show up on the page?  Music is a huge part of my writing process, so the first thing I do when working on any character is to figure out their specific playlist. I think you can tell a lot about
Post a Comment
Read more 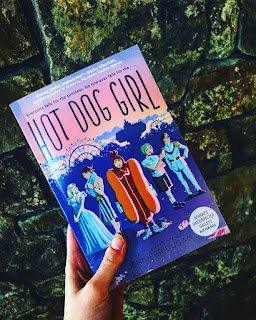 Illustration: Jeff Ostberg Hot Dog Girl  by Jennifer Dugan (April 30)  To Purchase From Your Indie Bookstore* Overview: Elouise has her summer before senior year (because the summer before senior year is far superior to the summer after), but then everything starts falling apart. Nick, the guy she likes, is still dating princess Jessa. She's the dancing hot dog for the second year in a row at the Magic Castle, the small town amusement park where she works. And then the park announces that it's closing, and Elouise is at a loss. With scheme after scheme, she attempts to save this summer and the ones to come. Overall: 4  Characters: 5  I like Elouise. She's happy and upbeat, but also a little scattered and unsure. She just kind of traipses from one idea to the next and it all kinda works out with enough finagling. I immediately identified with her because I too have "caramel" hair that won't hold dye, and I burn horribly too. While she's a bit flig
Post a Comment
Read more

Opposite of Always Review 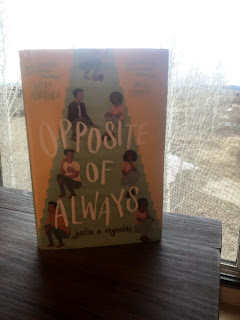 Art by Stephanie Singleton Design by Erin Fitzsimmons Opposite of Always  by Justin A. Reynolds (457 pages) Possible TW:   Brief scene involving one of the characters getting shot. To Purchase From Your Local Bookstore Overview: Jack meets Kate at a college party. They fall in love. The world falls apart. Kate dies. Jack's back at the party. Over and over and over again. She dies every time though. He can't get her the sickle cell cure in time. But he'll have to relive the same four months until he gets her the injection that will allow them to have a future together. Luckily, he seems to have an infinite number of chances to make it work.   Overall: 4 Characters: 5 The characters make the book. Jack is sweet and insecure. He wants to help everyone, even if it hurts him. He's well meaning, goofy, cute, and a great lead. His friends are also very interesting. Jillian's pretty quiet but supportive. Franny is dating Jillian and is Jack's best friend. He
Post a Comment
Read more
More posts