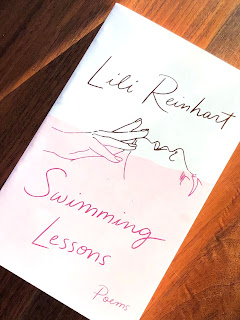 Swimming Lessons  by Lili Reinhart  Overall: 5 This is the first poetry book I've ever read in its entirety outside of Shel Silverstein, so I've checked off one of my reading goals for the year with this one. I've now read a graphic novel and a book of poetry. I've been anticipating Swimming Lessons  so long that I can't believe it's actually in my hands. I've been a fan of Lili since Riverdale, and I've continued to be a fan of hers even when the show got a bit too ridiculous for me to keep watching every week. I've been excited for the chance to get to see something completely created a controlled by Lili.  I'm not sure what I expected from Swimming Lessons . I think I had almost no idea what it would be like or the topics it would cover. After the first couple poems, I was completely hooked. In the intro, Lili prefaces the collection by noting that poetry has always given her solace in knowing other people felt the same specific emotions tha
Post a Comment
Read more 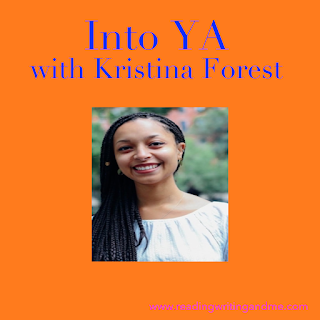 I'm super excited to bring you another edition of Into YA, this time with one of my new favorite YA authors, Kristina Forest. While I'm sure you've already heard about Now That I've Found You , you can get caught up by reading my review here. Thank you to Kristina for taking the time to chat with me, and I hope you enjoy our conversation. If you want to help support the blog, please consider grabbing a copy through my Bookshop affiliate link here .    1. In Now That I Found You, all of your main characters are famous. Evie and her family are huge in the film industry, and love interest, Milo, is on the rise with his band. Did that require extra research to write about for either the music or film industries? It didn’t require much research. I’ve always been interested in old Hollywood and I’m a big fan of movies and music, and I’ve watched dozens of documentaries and/or biopics so I felt pretty prepared to write the story without having to do additional research. 2. Onc
Post a Comment
Read more

How It All Blew Up: YA Book Review 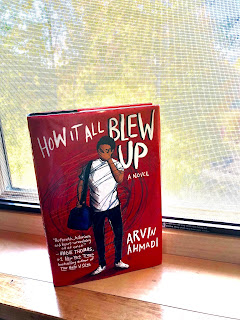 How It All Blew Up  by Arvin Ahmadi Overview: Amir left before graduation. He just drove out of town and got on a plane to New York and then another on to Italy. Instead of paying the blackmail money or facing his conservative, Iranian family's reaction to him being outed as gay, he runs. In Rome, he stumbles into a found family of gay guys, many American, who take him under their wing. With these new friends in Rome, Amir feels like he can truly be himself for once in his life. With the money from editing Wikipedia pages, he wonders if he can just stay in Italy forever. But when he can't ignore his family's calls and drama starts up in the friend group, Amir realizes that you can't keep running forever. Overall: 4 Characters: 4  Amir is well developed, and I enjoyed living in his brain. He's lost and constantly scared, but he also has a fearless streak that gets him to Rome in the first place. Most of all, he's confused. He feels like his identities contradict
Post a Comment
Read more
More posts