Rent a Boyfriend YA Book Reivew 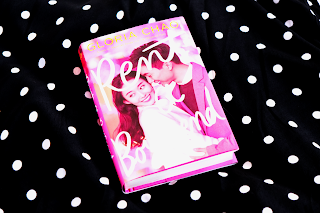 Rent a Boyfriend by Gloria Chao

Overview: Chloe has a big problem. She's convinced her parents she has a rich, smart, perfect boyfriend that doesn't actually exist so she doesn't have to accept Hongbo's proposal. When she needs this dream guy to appear, she turns to Palo Alto's premier service, Rent a Boyfriend, that specializes in giving you the perfect brand of boyfriend to suit your Type A, B, or C parents. Drew works for Rent a Boyfriend to support himself after he dropped out of college and his parents cutting him off. Drew is perfectly charming, empathetic, and in tune to the clients needs. But, as it tends to happen with fake dating, Chloe and Drew start to fall for each other. Drew is forced to reconcile breaking company code with his feelings, and Chloe is left to wonder if she's fallen for the real Drew or the perfectly tailored lie that is Andrew. Overall: 3.5

Characters: 4 I like Chloe and Drew. They're adorable, and I ship them together for sure. Chloe is super relatable. She's always been caught between pleasing herself and pleasing her parents, and she'll go to great lengths to spare their feelings. They don't even know she goes by Chloe instead of JingJing to everyone else. The arc of her story is truly about coming into her own and finding a balance between her parents' will and her own. It's a truly complex and compelling journey that is important to show in books. It's something that a lot of young adults go through that isn't showcased in YA all that often because at 16/17 you're still reliant on your parents. I believe Chloe is 19, but regardless, she's been out of state at college, which draws the lines of independence. Drew, who's been on his own for a while and put his beliefs over everything, and shows Chloe an alternative path. She wants to settle somewhere between.

Drew is the oldest main character in YA (I think) I've encountered as a YA love interest. He's already 21 in the book. This is uncharacteristic for YA but works for the plot considering the person Chloe's parents are trying to get her to marry is six years older than she is. Making him old enough to be in college with her age wise but also be supporting himself works well for the narrative. He's charming and sweet. You can tell that he's in Rent a Boyfriend for the chance to learn and help people. That's definitely admirable. Despite being a true adult, Drew is truly still going through the typical YA journey. He's figuring out whether he wants to reconcile with his parents, he's scared to take his art serious but also wants to, and he's feeling completely lost in general. As much as I related to Chloe in my fear of everyone's perception of me, I relate to Drew most as an artist who's also scared of what it means to pursue art. Also, I like that Drew contrasts Chloe in the way they look at their Chinese heritage. Chloe has always felt the need to distance herself from Chinese culture because her community is always so competitive and cutthroat. Drew grew up with a very loving community that was always focused on helping everyone succeed, so even with his rift with his parents, he's accepted his Chinese heritage into his daily life more, like interspersing Mandarin words with his English to make a point and allowing it to heavily inspire his art. At first, Chloe doesn't understand why he'd want blend them so much when she's always found her Chinese and American sides at odds, but she comes to admire it.

Then there's Chloe's family. Her father is stoic and a bit removed, and her mom is very bossy and always thinks she knows what's best for Chloe. Though she's admittedly against premarital sex, one of her main tropes in the book is constantly pushing lingerie on Chloe. She doesn't get why Chloe won't wear make-up or just say yes to Hongbo's proposal that would come with the massive fortune her mother craves. They're both hardworking dentists, and if Chloe doesn't end up with Hongbo, they seem to think she should marry some kind of medical professional. They're set in their traditional ways and beliefs, and they find it hard to understand where independent and strong willed Chloe is coming from. I like how they evolve through the book to get to a better but not totally fixed place. Chloe finds the right amount of distance, and she does achieve a promising shift with her parents. There are some really beautiful, vulnerable moments with both of her parents where they let Chloe in a bit more, and she starts to see where they're actually coming from. In every relationship in this book, the steps forward are logical and realistic. You won't find a too perfect ending.

Plot: 3 I figured this would be a condensed timeline book and just take place over the Thanksgiving holiday, but I was very wrong about that. The book starts at Thanksgiving but stretches on beyond Valentines Day. The book is sectioned off by holidays like Thanksgiving, Christmas, and Chinese New Year. The time she's in college in Chicago are filled with pages of texting or voicemails from her mother. For as much as we skim through her college life, we get a painstaking amount of detail for every visit home. We watch Drew, Chloe, and her parents through every single second of the trip. I wish the page time had been distributed better to show some of Chloe at college because it would've been cool to see her without the lens of her being around Drew or her family. The lack of those scenes made me feel like there was a giant hole in my image of Chloe. I wish the pacing had been a bit better or that the book had simply been shorter overall.

Writing: 3.5 For as much as the book offers an intense amount of detail, it starts abruptly. It was more than a little disorienting to get into. I got into it much more as time went on, but I wasn't sold from the start. I like the easy voice and the funny moments, though it sometimes feelt a little forced. Sometimes the voice flowed perfectly, but other times there were definite stumbles. Also, like I mentioned in plot, the level of detail could sometimes get laborious for an overall light book. I enjoyed it, and I kept coming back, but I also wondered when it was going to end. This isn't really a criticism of this book specifically, but this book is nearly 400 pages, and I tend to believe that YA contemporary doesn't really need to go too far over 300 or 350 max. I feel like I probably would've given it a 4 if it had fallen more into that page range. I like the cute, quiet moments, but there were just a few too many major plot points to fit into one book.

Also, I wanted to note that I would recommend this book to older YA readers over younger ones. While there's nothing super objectionable or that would shock a younger reader, the jokes and dynamics just read older than a lot of YA. I honestly think that's a good thing because I struggle to find books about characters in college and navigating the future just a bit closer to full adulthood than the average YA character. I'm glad that YA is starting to expand like this.

Overall, though, I love the concept. It's super engaging, and I enjoyed learning all the intricacies of Rent a Boyfriend as a company. The author's note says it was inspired by real life practices in some Asian countries. There are pieces of applications and charts along with plenty of text messages and voicemails that are tons of fun to look through in the book. I'm a huge fan of books that include pieces that go beyond standard prose writing.

I Would Leave Me If I Could: Halsey's Poetry Book