The Lucky Ones Review 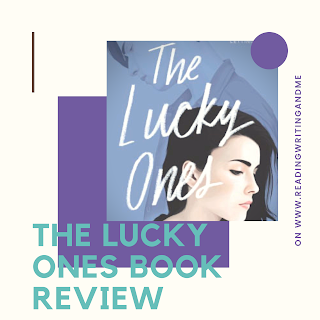 The Lucky Ones by Liz Lawson
Overview: May and Zach are an unlikely couple. His mother is the lead defense attorney for the school shooter that took the life of May's twin brother and her other band classmates. What they do have in common is feeling less than seen. Zach is ostracized because of his mother's choices, and May feels like people only see her as a victim. Both want to reclaim their independent identities and move forward from the terrible tragedy, but without the support and space to grieve, everyone is left fumbling for a sense of closure and unable to deal with their unresolved feelings. Lawson dives into the aftermath of the aftermath of a school shooting and the echoes that are felt by the survivors and the community. Overall: 4.5

Characters: 5 May and Zach are great main characters, and I'm happy that we got to hear both of their voices. May has a lot of unresolved grief and feelings about that day that manifest in anger that has complicated her getting more help. She doesn't have a support from her parents who are coping by burying themselves in work. She didn't mesh well with the therapist the school tried to connect her to. The school wants to support her but a series of fights left her halfheartedly homeschooling before returning to the newly incorporated school. Without the open forum to talk about what happened and express herself, May is lost with how to move forward and cope with her lingering PTSD symptoms. Even with two well-meaning friends, Lucy and Chim, it's not till Zach comes along that May feels comfortable enough to start opening up about what happened.
Zach is in a difficult situation too, but no one feels sorry for him. After his mom takes David's case, their house gets vandalized, his mom checks out of their lives, and Zach is left to care for and protect his younger sister. Zach has a lot of angry feelings towards his mom both for taking the case and for basically abandoning them. Those extend to his dad who is just as absent from his life due to issues with depression.
May and Zach both have gone through major changes in their lives and bond over being the ones left on the edges of their families, friendships, and lives in general. Despite their connection being unlikely, it's the best thing that could've happened to either of them. They offer each other a safe space to process their most complicated feelings, and it's heartwarming to watch.
I appreciate how much of a focus parent's rolls play in teen's lives. I feel like parents are usually explained away quickly or forgotten about in YA, but they really are central to teens lives and developments. Their presence or absence has a major effect. Liz doesn't shy away from discussing how their parents respective ways of handling the situation have affected their kids. Their relationships with their parents is a major arch of the book that is satisfying and relatable.
Finally, their friends do play a role in the story by mostly giving us a glimpse into their old lives. They all want to be supportive, but there is a sense of baggage in all of these relationships where they know too much about each other to completely open up about their new feelings.

Plot: 4 The book's pacing is great. It never lagged or made me want to put it down. The major plot points were perfectly timed and played their roles perfectly, but I also really loved the quiet moments in between. There's a surprising amount of focus on music throughout the book, which I really enjoyed. Lucy and Conner, their friends, are in a band that they watch play often, and music is used as a major element of remembering certain memories and with healing. Each show and event May goes to marks an important point in her evolution which was really cool to see. While it's emotionally driven, there's plenty of plot to keep you engaged.

Writing: 5 I loved Liz's ability to develop each of the character's individual voices and get to the deepest complexities about what they had all been through. She perfectly balances moving the plot forward and digging into the emotions of the moment on the deepest level to make sure your experience is as full as the character's. It makes for quite the immersive story. I also want to applaud her for knowing how to expertly harness the dual POV story. She switches back and forth often to give the fullest picture of a moment, and it allows us to start an emotionally intense situation inside one person's head and then pivot to seeing it from the outside. It's a tool I haven't seen utilized this effectively often.


More Like This...
That's Not What Happened
This Is Where It Ends
All Our Broken Pieces

Links of Interest:
Switched On Pop
Sooo The World Is More Than a Little Scary
Who Put This Song On Review
How To Eat Review
Reading Spotlight New Releases Standout Book Weekly Reviews and Recommendations