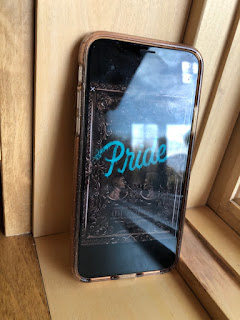 Pride by Ibi Zoboi (September 18)
Overview: Though it's billed as a retelling of Pride and Prejudice, this story is all its own. Zuri is a proud citizen of Bushwick. She loves her family, her neighbors, and the character that surrounds her. She and her many sisters have spent months speculating about who is moving into the renovated home across the street. They don't expect Darius and Ainsley Darcy, wealthy, private school boys that don't fit with the vibe of the neighborhood. Despite their differences, Darius and Zuri grow closer, and between dealing with her sisters and mounting college applications, they find a spark that might be too hot to ignore. Overall: 4

Characters: 5 The characters are very well formed. Probably because they are so steeped in the vivid world Zoboi paints, we feel their essence from the very first page. From the refined Darcy twins to the chaotic group of four sisters all cooped up in one bedroom, the people in Zuri's world help us learn about her on a deeper level.

Plot: 4 This is one of the more interesting and unique retellings I've every read. It's also likely one of the most successful because it doesn't chain itself to the original story. Taking place in vibrant New York City with an expanded batch of themes and commentary, Pride offers a taste of Pride and Prejudice wrapped up in an entirely new story. Zoboi internalized the original so much that you don't have to match the books beat for beat to feel like there's a connection.

Writing: 5 I've been meaning to pick up America Street for a while now, but, every time I head to the library, it's missing from the shelf. After finishing her sophomore novel, I can see why. Her prose are lyrical without being distracting and her world building is incredible, something that isn't usually a priority in contemporary novels. This is definelty a story that is spent in the brain of the main character instead of looking at her.