Into YA: Courtney Summers 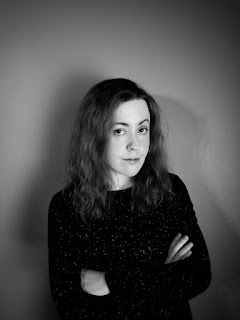 I was lucky enough to be a part of the awesome blog tour for Sadie which came out yesterday, September 4. Now that most of you have probably devoured it in one, long night, you can dig into how Summer's created what is arguably the biggest YA book of 2018.
You've written in a variety of genres within YA, have you found a favorite or one that you want to write more in?

I will always love writing gritty, realistic contemporary novels (it’s my wheelhouse!), but I wouldn’t mind exploring different genres; sci-fi, spec-fic, horror—I don’t think I’ve done that enough to feel a pull back to one, so I better get to work!

As I am a teen author and I encourage my readers to write and share their work, what is the most valuable thing you've learned over the course of your career, especially having started so young as I hope to?

I think it’s important to dedicate yourself to the improvement of your craft, to be able to recognize when what you’ve done is good enough and when it can be better. You always have to be willing to grow as a writer. The moment you aren’t is the moment you’ll stop progressing.

Was it more difficult writing from Sadie's point of view or the podcast? How much of the novel did you write in chronological order, and how much did you jump around?

I enjoyed both of them. Writing Sadie’s perspective was very familiar to me because all of my books feature an intensely close first person, female point-of-view. Writing West’s perspective, the podcast format, proved a little more challenging. Not so much because of the way it was written (scripts) but because each episode had to propel Sadie’s narrative forward and give us a different way of looking at the things she went through.

So far, I’ve only ever been able to write in chronological order!

Was this how you always envisioned the book or did it change as you wrote it?

Regina Spektor said something really interesting about writing songs that I’ve always loved and related to as an author. She said, “[A]s soon as you try and take a song from your mind into piano and voice and into the real world, something gets lost and it’s like a moment where, in that moment you forget how it was and it’s this new way. And then when you make a record, even those ideas that you had, then those get all turned and changed. So in the end, I think, it just becomes its own thing and really I think a song could be recorded a million different ways and so what my records are, it just happened like that, but it’s not like, this is how I planned it from the very beginning because I have no idea, I can’t remember.”

I feel something similar when writing—the heart of my idea remains intact, but the way it takes its ultimate form is always a little different (or even a lot different) than I might have been expecting, which makes it difficult to recall the starting point. But that’s okay as long as the heart is still there and you’re satisfied with and believe in what you’ve created.

When I first started Sadie, I was extremely skeptical of West—he had to prove himself to readers over the course of his narrative and given the nature of his job, I was curious to see where writing him would take me. I really loved the way his arc unfolded. I wasn’t necessarily surprised by it, but more gratified by it than I realized I would be.

I identify with little pieces of all of my characters, but I like to keep those to myself because I don’t want risk readers thinking about me while they read. I like my role as an author to be invisible.

What gave you the idea for SADIE?

One of the things that inspired Sadiewas the way we consume violence against women and girls as a form of entertainment. When we do that, we reduce its victims to objects, which suggests a level of disposability—that a girl’s pain is only valuable to us if we’re being entertained by it. But it’s not her responsibility to entertain us. What is our responsibility to us? I really wanted to explore that and the way we dismiss missing girls and what the cost of that ultimately is.

Do you have a favorite scene, quote, or moment from Sadie?

My favorite moment is a spoiler, but my favorite quote is this: “I wish this was a love story.”

If you could tell your younger writing self-anything, what would it be?

I used to have an answer for this kind of question but the older I get, that’s changed. I wouldn’t tell her anything. Her experience as a writer unfolded the way it was supposed to and I like how it’s turning out.

Links of Interest:
Places No One Knows: Review Here
My Clothes are Not Your Concern: Essay Here
12 Steps To Normal: Review Here
The Inconceivable Life of Quinn: Review Here