Into YA with Phil Stamper 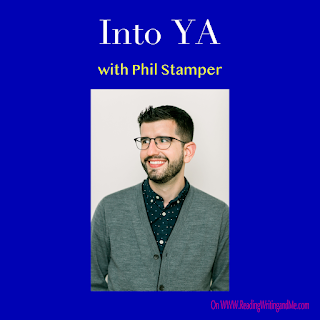 I read The Gravity of Us a few months back and absolutely loved the book! It's the perfect read for right now with a cute romance and a thoughtful plot without being too intense for the moment. If you haven't heard about the book or missed my review, you can check it out here so you have a little context going into my conversation with Phil. I'm so happy he took the time to talk with me, and he had some great insight into the creation of the book and writing process. If you want to learn more about the book and where you can purchase it, I'll leave a link to his author website here.

1. The story really kicks off when Cal is forced to move to the Clear Lake area because his father gets a job at NASA. This was a really cool premise for me because I spent a lot of my childhood in Houston and have been to NASA probably too many times. What made you interested in writing a book that explores the idea of a new NASA mission? The details you gave while building that setting rang really true for me. Did that take extra research?

It definitely took a lot of research, but it never really felt like research to me. I've always been obsessed with accounts of the 60s space race and the missions that followed. I've read dozens of astronaut/engineer memoirs, watched every documentary I could find, and I've even been known to raid antique shops in my search for LIFE magazines from the era. And this was all just for fun, before I ever planned on writing a story like The Gravity of Us!
While I've always been fascinated by the science and technology behind these missions, one thing always called out to me in the background of every astronaut memoir. The astronaut families essentially became the celebrities of this era, frequently gracing the covers of magazines and giving interviews for national news outlets. This meant the astronauts' spouses and children had to be immaculately dressed, polished, and ready to entertain, all while not knowing if their husbands or fathers would come home alive that night. I wanted to capture this brilliant tension while also showcasing a contemporary queer love story, so that's why I decided to explore the idea of a new, fictional NASA mission.

2. A major element of the book is StarWatch, the reality show that covers the lives of the astronaut's families. Reality television is a major part of today's entertainment scene, and it's interesting to imagine what it's like on the other side of the lens. How did you come up with the idea to include StarWatch, and was there a show that inspired it? 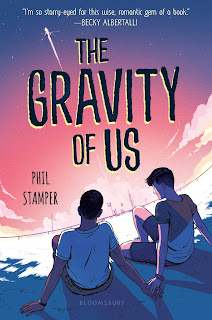 I really wanted to modernize the drama of the 60s space race, and one conflict that encapsulated that moment was in how various types of media were at odds with each other. For example, LIFE Magazine offered the families protection from the local media, but at the price of invasive personal pieces.
When thinking of how this would play out today, I had to think about what kind of media would fully capture America's attention, and I came up with the idea that NASA would want to turn them into, essentially, the next Real Housewives installment. (Of course, StarWatch becomes way more sinister, so I don't want people to think I'm mocking or criticizing those shows!) I was hesitant to add this element, but it played so nicely against a main character who's a social media journalist. In that way, I was able to modernize the conflict in an interesting, but also believable, way.

3. I appreciated how much the parents were a part of The Gravity of Us. Parents are so often left out of YA stories, but they really do shape their teens and inform how they interact with the world. Cal's parents and their human struggles were very powerful. Were they always such big part of the story, or was that something that evolved later?

Thank you for saying this! I don't think parents need to be a huge part of every YA story, but a story like this couldn't have worked without well developed parent characters. I wanted to make Cal Sr. and Becca human. I wanted them to have problems, but work through them in their own way. I wanted them to be messy and selfish and hurt, and I wanted them to be unable to stop their problems from spilling into Cal's life.
The parents were always an important part of the story, but I really got to hone in on these characters in edits. I've received some great feedback about the anxiety representation in Cal's mom, especially, which I deeply appreciate as someone who has similar experiences.

Check Out Phil's Book...
The Gravity of Us Review

Links of Interest:
Time of Our Lives Review
Learning About The Digital Library
What I Like About You Review
Fine Line Meets YA