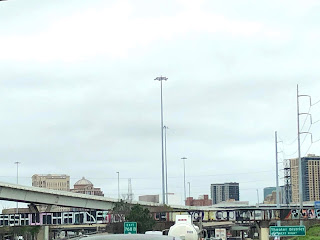 Since so many of you read and supported last week's flash fiction post, I figured I'd share more regularly. These posts are all disconnected fragments. Most are just tiny moments that feel like everything and nothing. That's my favorite part of short fiction. It doesn't have to have some thought out plot to resonate with someone. This particular one has no plot (hopefully you're okay with that). It's just an ode to a feeling I miss, and apparently others do too. I read a tweet about missing the collective feeling of walking out of a concert, and I wanted to capture what that's like and why it's so special.
Hopefully I've succeeded.
Anyway, enjoy! Feel free to comment what you think of it and share with friends.

And all at once, the noise stops. It’s pitch black and still; then the lights click on. There’s a moment of silence, held by the thousands of us, as we take a beat to process. Linger in the shared experience a second longer. There’s a collective breath, a bit like a sigh, when we realize they’re not coming back. It’s over.
So we gather our purses and bags. Collect the plastic cups and wrappers we amassed over the course of the night. A couple girls scramble to stuff their pockets with fallen confetti shreds to throw in memory boxes or paste into photo albums. As I make my way out, I pass a few people- some single, some in groups- standing totally still. Their eyes are devoutly glued to the stage like they can will the show to rewind if they just wish hard enough. Make it so it doesn’t have to end.
I want that too.
It’s more than just a night, an experience. It’s hard work and time and meticulously saved money stuffed in old spaghetti jars for safe keeping and friendships made and strengthened and a sense of mutual belonging. How can it just... be over?
Still, it’s over and security starts to gesture to the exits. It’s near midnight, and they have families, or at least comfy beds, calling them home. It’s not a once a year experience for them. It’s a once a night. The adrenaline rush dies after a while.
I join the line of bodies stumbling forward, lurching side to side, as we funnel up the stairs. It’s a slow climb out of the arena’s expansive belly. We grab at the railing, claiming tiny pieces of real estate as we move at a snails pace. Maybe it’s because there are too many people. Maybe it’s cause we don’t want to leave Neverland just yet. There’s something about a show that really does make you believe you can be young forever.
As I exit the stairwell and cross the lobby, it feels both like bobbing in the ocean and fighting through a jungle. The thousands of us jostle as one, but we’re all pushing and shoving to get to the parking lot first. Once the smoke starts to scratch their eyes and throat, the importance of the show fades and traffic takes president. The first real reminder of the reality that ceased to exist for a few hours. They’re no longer forced to live in the moment.
Once the desperate car fighters have branched off, I join the crush of people pouring out onto the sidewalk in every direction. People still chant and yell the best lyrics, drunk on a mix of alcohol and pure exhilaration. Girls laugh loudly with their friends, clutching their heels between their fingers. Even as we cross construction sights and dangerous sidewalks, their smiles stay plastered and their feet immune. We’re invincible on the dimly lit streets, trying to remember where the car was or scoping out a good corner to wait for an Uber on. A bit of the magic isn’t quite gone.
In the back of the car, my screen glows bright against my face, and I squint, clicking back through the photos and videos from minutes before. I gather together a couple, post them to my feed, and put another of the best nights to rest.
My mind wanders back to the dangling heels and last shreds of tonight.

More of My Writing:
End of The Driveway

Links of Interest:
Into YA with Marisa Kanter
YA Books For Mental Health Awareness Week
We Were Promised Spotlights
Kid Krow Meets YA