Call It What You Want Review 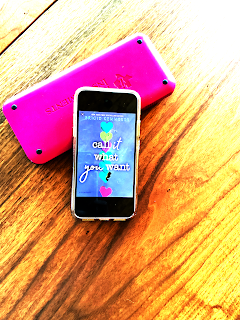 Call It What You Want by Brigid Kemmerer (June 25)
TW: suicide attempt discussed
Overview: Rob's father robbed the town. He lost everyone's money at his financial planning company. He took their money to make himself rich. Then he got caught and attempted suicide but survived in a somewhat vegetated state. Now Rob is a social pariah at school, and he has to take care of his dad who can't even acknowledge his presence. Maegan is still fighting the dirty looks from last year when her cheating got everyone's SAT scores cancelled, but, at least she still has her best friend and a sister. But then her sister comes home from college pregnant, and her house dissolves into a mess of anger and confusion. When a calculus project brings them together, they find that their complicated lives might not be something they have to face alone. Overall: 4

Characters: 4 I really enjoyed the characters. Rob is sweet, understanding, respectful, and confused. I loved reading about him, and especially his relationship with Maegan. He begins to explore the morally grey areas with stealing, and he struggles to understand why some people live in mansions while others are on free lunch. His family losing its fortune makes him reassess his position in the world.
Maegan is also a great character. She's confused about who she even is anymore. She takes 5 AP classes, gets straight As, and never really does anything wrong. And then she cheated on the SAT. Because her sister got a scholarship to Duke, she felt like she couldn't measure up without cheating. The problem with Maegan, though, is that she's not very well developed. Ya, her dad is a cop and seems serious, but it doesn't seem weighty enough to make her spontaneously cheat. Also, she faced no more repercussions than dirty looks, which I don't understand. From everything I've read from the College Board, they don't just cancel the group's scores, there's an actual punishment. They also never really said how she cheated which just left a strange questioning void.
I do love her relationship with her sister and their super close bond through thick and thin. That relationship is great and well developed.

Plot: 4 The story is a mix of an interesting thriller and a cute romance. Rob is trying to uncover what really happened with his father, and he does unearth some corruption in the town. He also has a great relationship with Maegan and a good dynamic with her sister Sam.
My only issue with the plot is that its based around their calculus project, and they meet up under the pretext of the calculus project more than a couple times (where they never actually work on it) and then the calculus project disappears. I wish the school part had been followed through more.

Writing: 4 This is a super cute book, and I loved getting to read it. The characters are great, and there is plenty of complications to drive the plot. If you're looking for a book featuring great sisters relationships or a cinnamon roll boy, definitely pick up this book!
My only little issue is that it's not fleshed out entirely. The story feels like it hasn't entirely been brought to life yet. The bones are there and super strong though.


If You Liked This Book...
The Lying Woods: Review Here