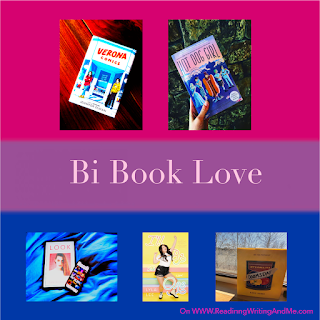 I'm so excited about this list and the upcoming list on Aro/Ace/Demi rep because I feel like these areas of representation have grown so much recently. I also feel like it's harder to find these identities on specific lists or super easily, so I wanted to share some of my favorites for those of you who are seeking them out. I've made book rainbows for Pride Month and made general lists (which you can find here), but I wanted to do something different this year. I didn't want to repeat the same list, and I also realized I don't have a complete rainbow of LGBTQIA spines anymore after getting rid of most of my books. This list is by no means exhaustive, but I picked a couple of my favorites that I wanted to spotlight. To learn more about each book, click the title to read my full review. 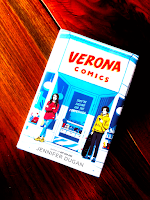 Verona Comics
by Jennifer Dugan
This is one of my new all time favorite books (which I'm extra pleased about because my expectations were sky high from waiting well over a year). The story, the representation, and the relationship was so organic; I also loved what she did with the retelling of Romeo and Juliet. Ridley is bi, which I really love because there's not much bi rep with guy characters, and there's a certain amount of stigma still around it. In the book, Ridley does address that and how damaging it has been in figuring out his identity. It's not dwelled on, and Jubilee is so sweet, but it's an important moment. Jubilee is questioning her sexuality and hasn't decided on a label yet or even if she wants one. I think that's also important, empowering, and validating to see! I also like that Verona Comics shows a M/F relationship that is still an LGBTQ relationship. They can often be invalidated so it's great to show that. 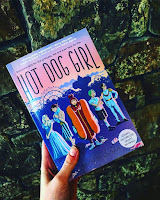 Hot Dog Girl
By Jennifer Dugan
Jennifer's debut also has a bi main character named Elouise so I wanted to give it a quick shout out. It takes place at an amusement park which just adds another layer of interest to it. I love unique settings. This is a great summer time read too. 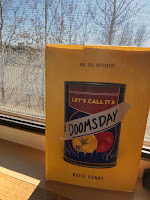 Let's Call It Doomsday
By Katie Henry
Katie's second book features two bi characters. Ellis, the main character, hasn't completely chosen a label but settles on it as most likely. Tal is one of her friends who is outspokenly bi and helps Ellis get more comfortable with exploring and being okay with her sexuality. They both come from a Mormon background (Tal has left the faith whereas Ellis is trying to figure out how she feels about it) which greatly influences how they view themselves and the world around them. There's so much to dive into in this book, and I really appreciated the bi rep, the investigation of long held beliefs, and the mental health representation throughout the book.

Look
By Zan Romanoff
Lulu is questioning her sexuality throughout the book but does identify as being bi towards the end of the book. I love how organic and relaxed the book is about her sexuality. She dates girls and guys, but she never feels pressure to talk about it, label it, or leave it as anything more than an attraction. Even when a video of her with a girl leaks, she resists the urge to comment. Lulu comes into her sexuality on her own time and in her own way even though the rest of her life is highly overexposed on social media. This is one of my top reads of the year. 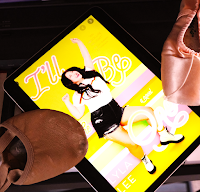 I'll Be The One
By Lyla Lee
This book centers around Skye auditioning for a K-Pop competition. Skilled in singing and dancing, Skye is the ultimate K-Pop recruit. Except for one thing. Being plus-sized and unbothered by it means that she's an outlier in the K-Pop world of impossibly high beauty standards. You're not supposed to like how you look, and Skye's outlook is threatening to their insecurity. Luckily, along the way, she meets tons of great friends and even ends up with a famous love interest, Henry Cho. Both Skye and Henry are bi, and the discussions of sexuality have great care and nuance while still being full of joy.

Links of Interest:
I'll Be the One
You Should See Me in A Crown
Into YA with Lindsay Sproul
Books to Look Forward to June
LGBTQ Reading Themed Lists